in which Aiden becomes an actor

The other night Aiden's daddy was laying with him to get him to sleep,
(yes, this is an eVeRy night thing. yes, I know, it's ridiculous. don't think we like it
whole separate post in itself
don't judge.)
anyway, after nearly an hour of Aiden tossing and turning and laying this way and that and flipping and flopping and kicking his dad in the face I'm sure more than once - you get the picture (and again, an every night thing), he sits up, looks at his daddy and says (of course no CIs since he's SUPPOSED to be sleeping at this point),

and proceeds to make these gawd awful, completely fake, gagging sounds like he's about to puke.
So dad rushes him into the bathroom and Aiden says,

"Shirt dirty, take it off!"

and again, proceeds to make the same, almost funny, gagging sounds like he's about to puke then looks up helplessly at his daddy and says,

to which he was brought downstairs to be by his mommy (and get his CIs on), grinning ear to ear because he knew the great performance he just gave.

and because I am a complete sucker,
and because he's my baby AND only three years old,
I let him stay home the next day.

does this look sick to you? 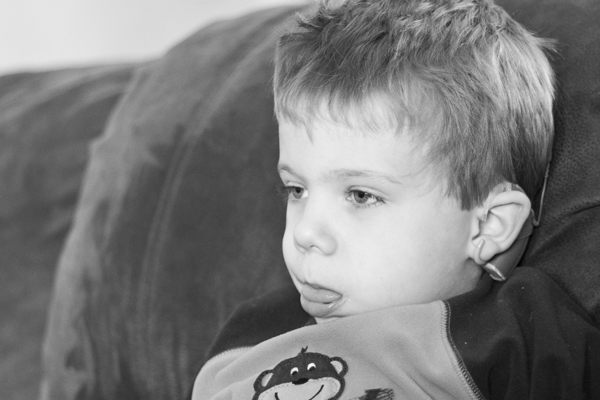 we snuggled on the couch, played some Mario Kart, had lunch with daddy (where all the ladies love all over him and give him tons of chocolate AND he gets to sit and swirl around in daddies big office chair while watching Mickey Mouse on his computer) ...

but it wasn't all full of fun and games. I actually made him choose a letter to practice for a mini speech session with mom. any letter we were working on, his choice.

and he actually always has FUN with it ... 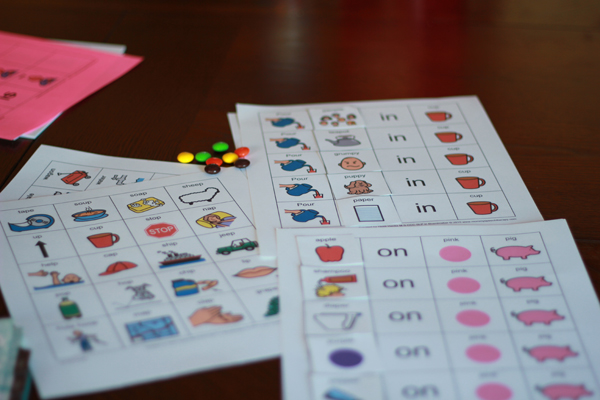 probably because of the yummy m&m treats. 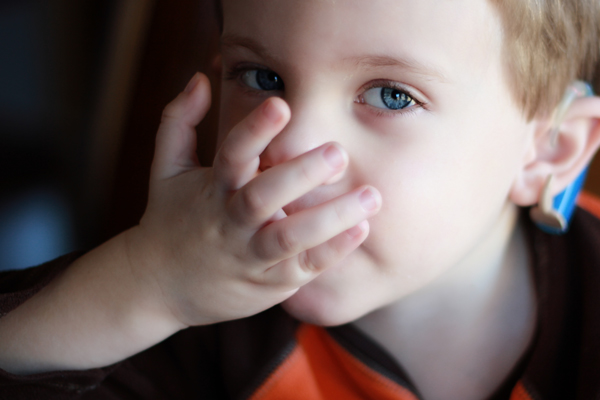 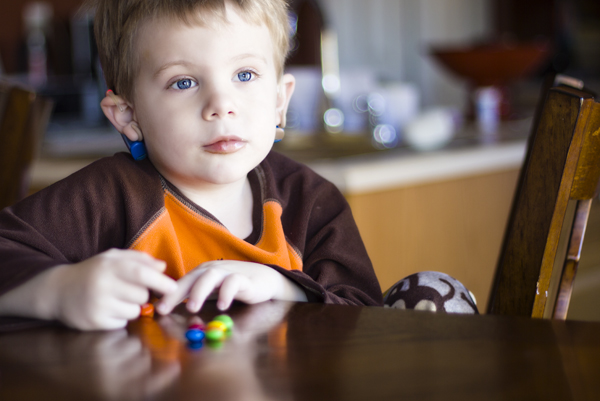 But you know if you DID send him to school he WOULD be sick!

Glad you had a fun day together :D

Hahaha - I can't wait to see what he thinks up by the time he is in kindergarten. That kid is a hoot!

Also? Those eyes are just beautiful. SO blue!!!